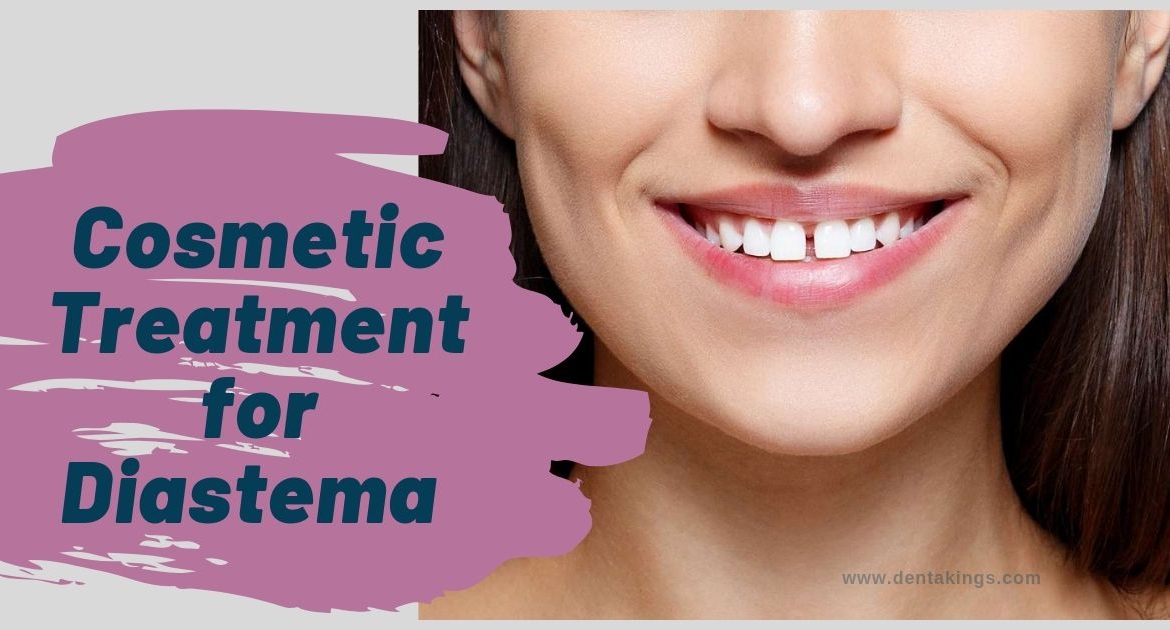 Diastema refers to the presence of large gaps or spaces between two or more teeth. Diastema is most commonly seen in the upper jaw and rarely in the lower jaw. The two upper front teeth are more commonly found to be having gaps. Many children experience diastema as their primary teeth fall off. In most cases, this issue of diastema is present when the permanent teeth erupt but they resolve naturally in most cases as the child grows. When it does not resolve after 14 years of age, it calls for intervention. Certain cosmetic treatment procedures can be employed to treat diastema caused by certain reasons. Let us explore the causes and then check the cosmetic treatment available to treat them.

There are a variety of causes for diastema. Improper proportions between the size of the jaw bones and the size of the teeth can cause extra space between two or more teeth. Undersized teeth are one of the common causes of diastema. It can also be caused due to oversized labial frenum. Even habits can cause gaps to form in between the teeth. Habits like thumb sucking, incorrect swallowing reflex are some of the causes. Periodontal diseases that cause the loss of jaw bone which supports the teeth can also cause diastema in adults.

Can you prevent diastema?

Different treatment techniques are employed for diastema caused due to different reasons. The treatment options are selected depending upon the diagnosis and identification of the etiology of the diastema. One of the most common variants of diastema is midline diastema. This type of diastema can be treated without the need for orthodontic treatment if the overall alignment of the teeth is good. Bonding and veneers are few such options. Bonding is a procedure that involves filling up the gaps with tooth-colored composite. Veneers and Crowns are also another type of cosmetic solutions for diastema.

Visit Denta Kings to get a comprehensive review of your condition by the Best Cosmetic Dentist in Chennai and get the best treatment options for diastema.

How many Implants you need to replace all your teeth?