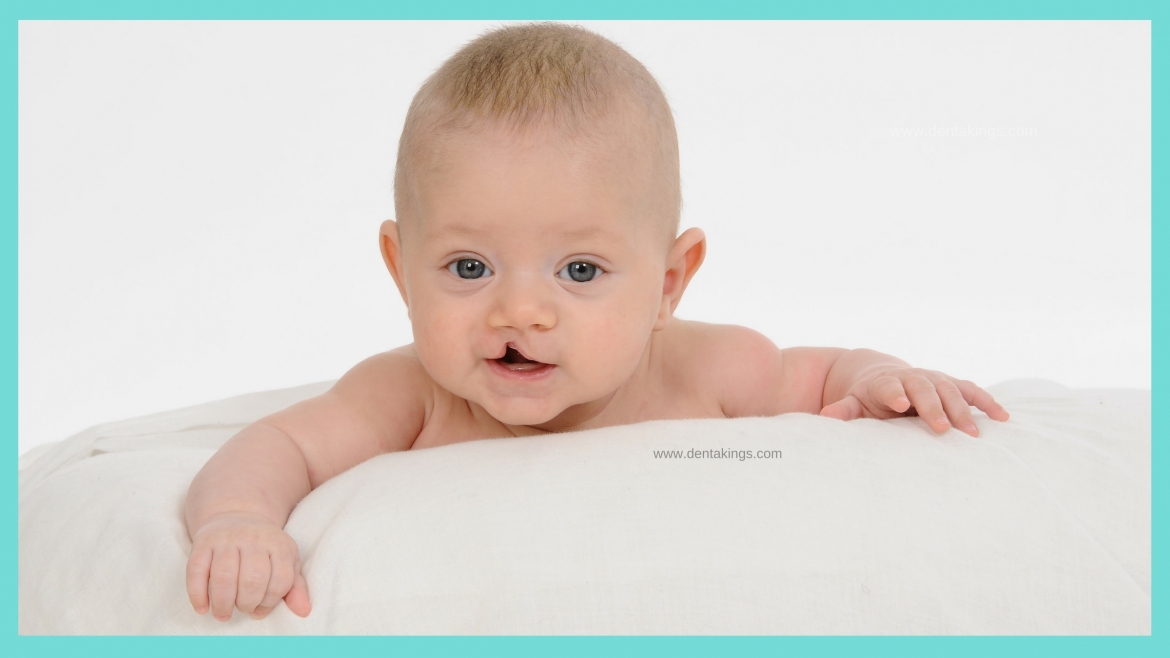 During early pregnancy, separate areas of a child’s face develop individually and then join together, including the left and right sides of the roof of the mouth and lips. However, if the sections don’t meet the result is a cleft. If the separation occurs in the upper lip, the child is said to have a cleft lip.

A completely formed lip is important not only for a normal facial appearance but also for sucking and to form certain sounds made during the speech. A cleft lip is a condition that creates an opening in the upper lip between the mouth and nose. It looks as though there is a split in the lip. It can range from a slight notch in the coloured portion of the lip to a complete separation in one or both sides of the lip extending up and into the nose. A cleft on one side is called a unilateral cleft. If a cleft occurs on both sides, it is called a bilateral cleft.

A cleft in the gum may occur in association with a cleft lip. This may range from a small notch in the gum to a complete division of the gum into separate parts. A similar defect in the roof of the mouth is called a cleft palate.

Cleft Lip surgery is usually performed when the child is about ten years old. The goal of the surgery is to close the separation, restore muscle function, and provide a normal shape to the mouth. The nostril deformity may be improved as a result of the procedure, or it may require a subsequent surgery.

Sometimes a baby with a cleft palate may have a small chin. Few babies with this combination may have difficulties breathing easily. This condition is called Pierre Robin Sequence.

Since the lip and palate develop separately, it is possible for a child to be born with a cleft lip, palate or both. Statistics indicate that cleft defects occur in about 1 out of every 800 babies.

Children born with one or both of these conditions usually need the skills of several professionals to manage the problems associated with the defect such as feeding, speech, hearing, and psychological development. In most cases, surgery is recommended. When surgery is done by an experienced and a qualified Oral and Maxillofacial surgeon, the results are generally quite positive.

A cleft palate is initially treated with surgery safely when the child is between 7 to 18 months old. This depends upon the individual child and his/her own situation. For example, if the child has other associated health problems, it is likely that the surgery will be delayed.

The major goals of surgery are

–          Make the repaired palate long enough so that it can perform its functions properly.

There are many different techniques that surgeons will use to accomplish these goals. The choice of techniques may vary between surgeons. The surgical procedures are discussed by the surgeon with the parents prior to the surgery.

The cleft hard palate is generally repaired between the ages of 8 and 12 when the cuspid teeth begin to develop. The procedure involves the placement of bone from the hip into the bony defect and closure of the communication from the nose to the gum tissue in three layers. It may also be performed in teenagers and adults as an individual procedure or it may be combined with corrective jaw surgery.

What Can Be Expected After The Surgery?

After the palate has been fixed children will immediately have an easier time swallowing food and liquids. However, in about one out of every five children that have the cleft palate repaired, a portion of the repair will split, causing a new hole to form between the nose and mouth. If small, this hole may result in only an occasional minor leakage of fluids into the nose. If large, however, it can cause significant eating problems. Most importantly, it can even affect how the child speaks. This hole is referred to as a fistula and may need further surgery to correct.

Give us a call